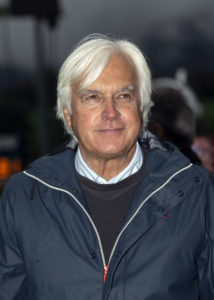 Bob Baffert is widely recognized as one of the most successful trainers in the history of horse racing. The middle of seven children, Bob grew up on a cattle and chicken ranch in Nogales, AZ. Initially Quarter Horse trainer in AZ and CA, switched to Thoroughbreds at Santa Anita, 1991.

Bob and his wife, Jill, live in Los Angeles. Has five children, loves hanging out with them at the races or relaxing at home. He’s an avid music fan; plays guitar in spare time.